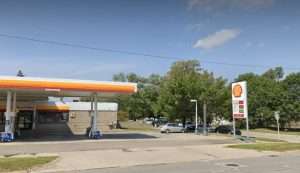 MELVINDALE — A drunken pedestrian man, who was loitering near a closed gas station near Dix Road and Bloomfield Street at 4:20 a.m. May 15, was given a courtesy ride back to a relative’s house after police officers noticed that he appeared to have fallen and scraped his face and arm.

The man, who smelled strongly of intoxicants, said he had left his cousin’s house in the 18900 block of Wall Street and gone for a walk to give himself time to decompress.