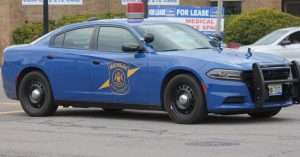 ALLEN PARK — A driver called 911 following a road rage incident where another driver fired a shot at his vehicle the afternoon of May 19 on westbound I-94 near the Pelham exit, local media reported.

The altercation was triggered in a construction zone on westbound I-94 near Oakwood Boulevard, when the caller threw an almost empty water bottle at the other vehicle, who then began to follow him out of anger. The water bottle thrower said he was unable to elude his pursuer.

When the man exited at Pelham, he heard a loud “boom,” but continued drive, to put distance between him and the other driver.

The suspect, a large black man with curly hair, was driving a maroon Honda Ridgeline pickup.