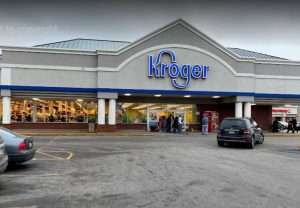 DEARBORN — A 68-year-old Georgia man was arrested the night of May 17 near Kroger, 15255 Michigan Ave., after he tried to leave the store with $84 worth of men’s hygiene products concealed in an Adidas bag.

A store employee, who saw him fill his bag with product while he was in the store, grabbed the bag off his shoulder as he tried to exit the store without paying for the merchandise.

They said the theft was captured on surveillance camera footage, which they would forward to the police detective bureau.

Police officers, who spotted a man matching the suspect’s description running east on Michigan Avenue, detained him for questions, and discovered an outstanding warrant for his arrest when they ran his name through the Law Enforcement Information Network.

He was charged with retail fraud and the outstanding warrant, and was booked and held.