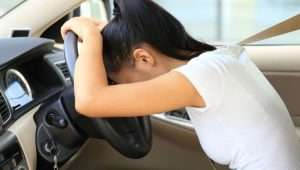 SOUTHGATE — A resident in the 1200 block of Shery Lane reported May 18 that an unknown woman was sitting inside his car, and he was concerned that she might be looking for items to steal.

A police officer arrived and approached the woman, whom he determined had a cognitive disability. He was able to locate a nearby family member, who said the woman sometimes takes a walk and is drawn to cars that are similar to ones she once owned. She asked the police officer to provide information to their colleagues in case they encounter the woman in the future.