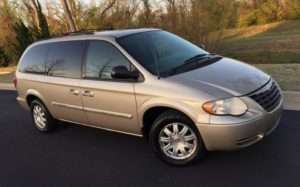 DEARBORN — An alert neighbor watching from a window scared off two suspicious strangers the morning of May 27 in the 7900 block of Bingham Street, who may have intended to steal a vehicle.

The witness said two men pulled up in a brown or gold Chrysler minivan or Pacifica, parked and exited. The driver started to walk up the driveway, while the passenger approached a white Jeep Grand Cherokee parked on the street.

When the driver noticed that a neighbor was watching them, they headed back to their vehicle and drove away north on Bingham Street. The incident was captured on surveillance camera footage.