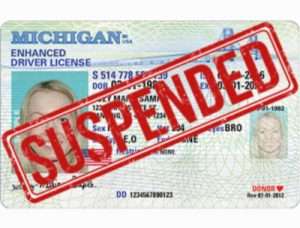 RIVERVIEW — A 35-year-old Taylor woman was cited May 19 for driving with a suspended license.

A police officer ran her license plate at a stop sign, and discovered that the registered owner had a suspended license, so a traffic stop was initiated.

The woman showed a receipt indicating that she had paid for car insurance, but she did not have the actual proof of insurance in her possession.

She was allowed to park her vehicle in a nearby lot, and was advised that she may not operate a vehicle while her license is suspended. She called a friend to pick her up, and she was advised to contact 27th District Court for an appearance date.