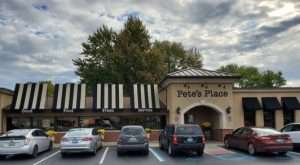 TAYLOR — A serial dine-a-dasher is being sought after he ate a meal the night of May 23 at Pete’s Place Restaurant, 12245 Telegraph Road, and left without paying for his food.

When the Taylor restaurant posted the man’s image on social media seeking his identification, a Wyandotte police detective identified the man as a serial dine-and-dasher in the Wyandotte area.

The restaurant representative said they are willing to press charges if the man is found.

He was described as a white male in his 50s, about 5 feet 4 inches tall, with short white hair and a thin build.