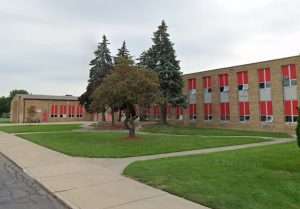 TAYLOR — A 20-year-old Taylor man has been charged with intimidation and with making an intentional threat to commit an act of violence against a school, as well as disorderly conduct, following his actions the afternoon of May 25 at West Middle School, 10575 William Street.

Police officers ran the plate, and, based on a teacher’s testimony, identified the man who had been squealing his vehicle tires in the school parking lot, as well as shouting obscenities at students.

When police officers arrived at the man’s residence, he was argumentative and uncooperative, and at one point he reached for a knife in his pocket, which prompted police officers to handcuff him and take him into custody.

At the police station, he was put into a detox cell due to his erratic behavior.