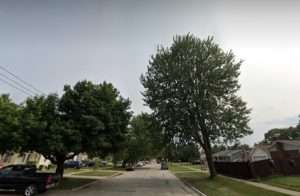 TAYLOR — A neighbor who repeatedly trespassed in another homeowner’s yard prompted the resident to call police officers on the afternoon of May 16, to a house in the 14000 block of Yorkshire Drive.

The woman was allegedly on the homeowner’s property at 2 p.m., right next to the open gate that led to the backyard, and she ran off when one of the residents yelled at her from a doorway.

She reportedly got into an older model GMC as a passenger and was driven away.