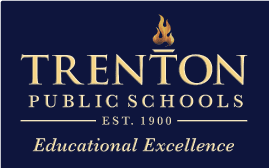 TRENTON — Police are continuing to investigate an incident where a Anderson Elementary School fourth-grader had a single bullet in their possession June 7.

According to a Facebook post by the department, the school resource officer and two supervisors responded to assist and handle the investigation.

“At no time was a threat made or implied either verbally, written, or on social media,” the post read. “Further, the student did not have a weapon and does not have access to any weapons. The Trenton Police Department is dedicated to being transparent and working with the school district to ensure the safety of all students and staff.”

He said the bullet was discovered in the early morning and the student was removed from the classroom and eventually sent home. Mentzer also said no weapon was found.

The letter also said that on behalf of the district, there was regret not being more forthcoming on the day of the incident.

“Our goal was not to conceal information, but rather maintain student privacy while still informing our community of a disruption to our school day,” Mentzer said. “While it was determined that our students are safe, this incident serves as a reminder that we must be cognizant of our environment and make sure that we follow procedures to the utmost.”

No further details were released.