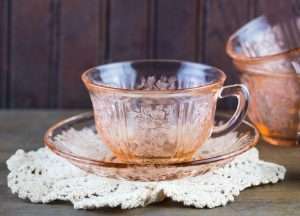 LINCOLN PARK — Five boxes of antique China glassware were reported stolen the afternoon of May 21 by a resident in the 1400 block of Arlington Avenue.

The victim, a 46-year-old woman, said the burglary occurred between 10 a.m. and 1 p.m., and while the house was locked, there were no signs of forced entry. There were no nearby surveillance cameras, and no suspects.