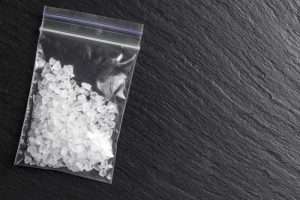 TAYLOR — A 37-year-old Allen Park man was arrested for possession of methamphetamine and outstanding warrants when police officers were alerted to a man passed out the night of May 13 in his vehicle in the parking lot of Walmart, 7555 Telegraph Road.

When police officers woke him up, he had an Altoids tin with a white powdery substance residue inside, on his lap. He also had a plastic baggie with a folded-up Keno ticket, which was later found to contain meth.

His vehicle was impounded and towed, and a check of the Law Enforcement Information Network revealed him to have a felony arrest warrant out of Garden City and a misdemeanor warrant out of Inkster.