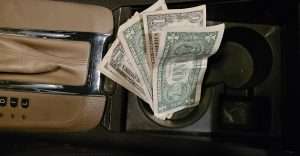 HEIGHTS — About $10 in change was reported stolen from the morning of June 6 from an unlocked black 2015 Ford Focus parked in the 4900 block of Hipp Street.

The victim, a 37-year-old woman, said the cash was stolen from the vehicle’s center console. She said the driver’s door was left ajar, and the vehicle had been ransacked. There were no suspects.