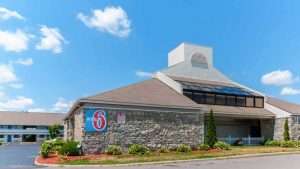 The victim, a guest at the hotel, said she was inside her hotel room for 20 minutes, during which time the damage occurred. She was advised to call 911 if anything further were to occur.

There was no evidence left at the scene, and no witnesses.