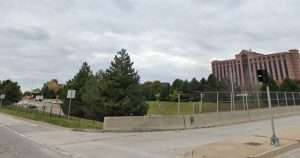 DEARBORN — A speeding, reckless driver abandoned his vehicle the afternoon of June 10 in a store parking lot near Ford Road and Mercury Drive after he noticed a police vehicle was following him.

The driver was measured as driving 96 mph in a 55-mph zone on the northbound Southfield Freeway before exiting to eastbound Ford Road, then southbound Mercury Drive.

A man who said he was a passenger in the vehicle approached the officers in the parking lot and asked why they were looking at the pickup. He was handcuffed and placed in the rear of a patrol vehicle out of an abundance of caution. The man said the driver was inside a nearby store.

The man who said he was a passenger was then determined to be the driver. He was cited for reckless driving and advised to contact 19th District Court for an appearance date.