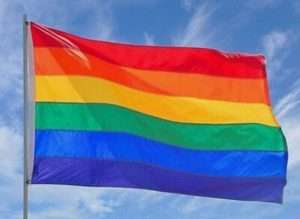 LINCOLN PARK — A rainbow-colored gay pride flag was ripped off the porch of a house in the 1400 block of Detroit Avenue on June 14, with the vandal’s actions recorded on surveillance camera footage.

The 42-year-old victim said footage shows a white teenage boy, about 13 to 15 years old, with no shoes or shirt on, ride up to the house on a bicycle before running up to the porch and ripping down the flag, then dropping it on the ground.

The resident said he did not recognize the young man, and does not recall seeing him around the neighborhood before.