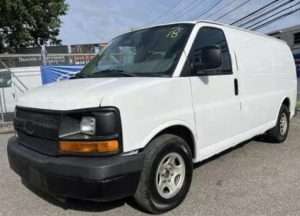 The victim, a 34-year-old man, said his van was last known to be secure at 10 p.m. the night before. There was no broken glass on the street near where it had been parked.

A nearby surveillance camera may have recorded relevant footage, but no one was available to review it. The van was entered into the Law Enforcement Information Network as stolen.