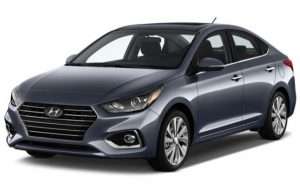 TAYLOR — One car was damaged and another stolen the afternoon of June 19 from RightWay Auto Sales, 8411 Telegraph Road.

Surveillance camera footage shows a woman breaking the window of a red 2018 Kia Forte to gain entrance, then damaging the steering column in an unsuccessful attempt to hotwire it.

She then tried her luck with a gray 2019 Hyundai Accent, which she was able to hotwire and drive off the lot.

Surveillance footage shows the thief to be a white woman wearing a black shirt. The Hyundai Accent was entered into the Law Enforcement Information Network as stolen.