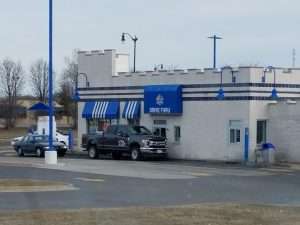 TAYLOR — Charges for obstruction and operating under the influence of drugs were brought against a 38-year-old Taylor man the night of June 20 when he passed out in the drive-through lane of White Castle, 22340 Ecorse Road.

Police officers were unable to awaken the man by knocking on his car window, so an officer reached inside and shifted the vehicle from drive into park.

The man, once awakened, was barely coherent, refused to exit his vehicle, and had an open knife on the passenger seat.

After repeated attempts, the man was successfully lifted from the vehicle. He failed field sobriety tests, but a preliminary breath test indicated that there was no alcohol in his system, so he was taken to a nearby hospital for a blood draw to determine if drugs were in his system, after a warrant was obtained. His vehicle was impounded and towed.