DEARBORN – The weather was picture perfect for Motor Muster, as classic cars from the 1930s to 1970s drew appreciative crowds on Father’s Day weekend to The Henry Ford’s Greenfield Village.

In addition to classic cars, visitors were able to see bicycles, motorcycles, commercial and military vehicles, and a special MOPAR exhibit.

MOPAR, formed from the words MOtor and PARts, is the parts, service and customer care division of the former Chrysler Corp., now owned by Stellantis. It includes Chrysler, Dodge, Jeep, Ram and the former Plymouth brand.

The Lincoln Motor Car Co., which was purchased by Ford in 1922, commemorated its 100th anniversary with a special display.

Visitors were able to vote for their favorite cars, as well as watch historic base ball games at Walnut Grove.

Special food options were available for Motor Muster weekend, including picnic food, and Classic Gold played 1970s rock in the gazebo near the covered bridge.

For more information about upcoming summer events at Greenfield Village, including the outdoor Salute to America concert with the Detroit Symphony Orchestra, go to thehenryford.org. 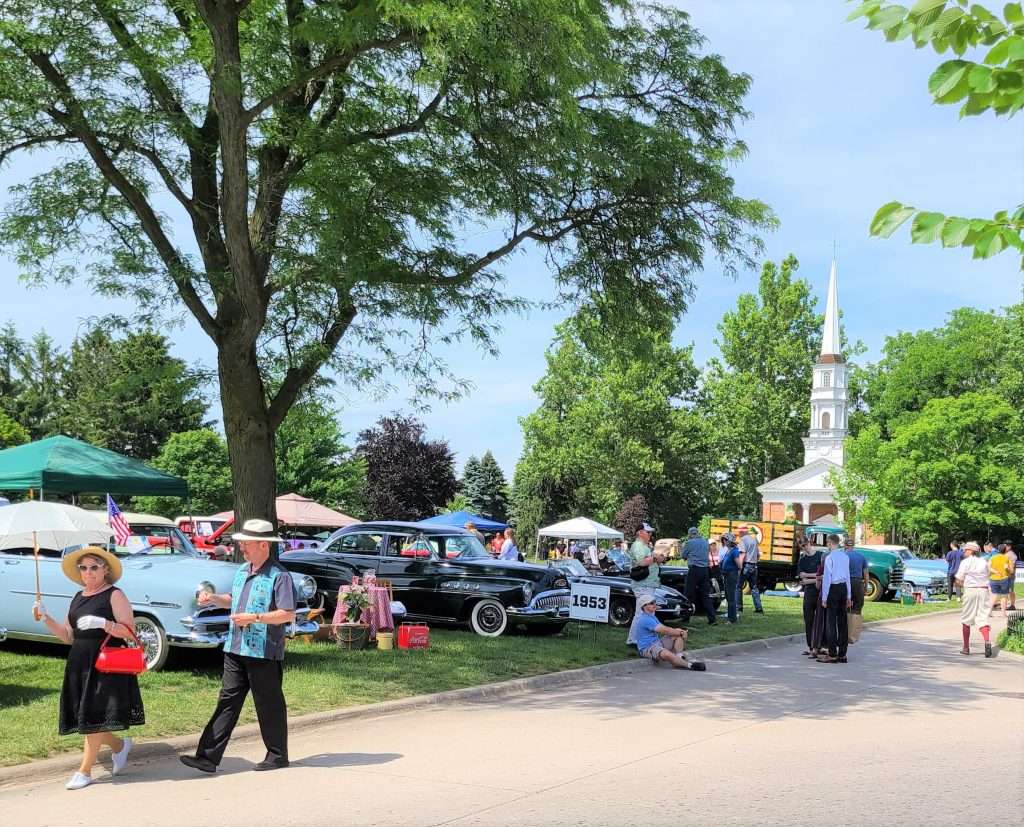