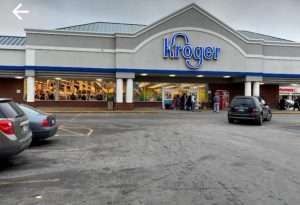 DEARBORN — A repeat shoplifter at Kroger, 15255 Michigan Ave., was arrested the morning of June 16 while he waited at a nearby bus stop with $116 worth of stolen items.

The 35-year-old Detroit man, a repeat shoplifter at the grocery
store, has been banned from the premises for past transgressions.

A customer, who was aghast at the brazen theft, and by the fact that employees are instructed not to engage with offenders once they pass the store sidewalk, followed the thief, calling dispatch and providing detailed information for the responding officers, leading to the shoplifter’s apprehension.

The self-checkout clerk said she had experienced multiple shoplifting incidents with the man. The store manager said when the most recent theft occurred, he was handling “higher priority problems” within the store. He did confirm that the man has been legally banned from the store multiple times in the past.

The man was charged with theft – third degree retail fraud and with trespassing. He was advised to contact 19th District Court for an appearance date.