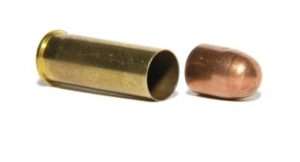 SOUTHGATE — A spent bullet was found at the bottom of an outdoor pool June 21 in the 13000 block of Backus Street.

The resident said she had heard some loud noises earlier that sounded like fireworks, but admitted that the noise could have been gunfire.

A neighbor said he found a shell casing near the curb in front of his house, but when examined, it was determined to be incompatible with the bullet found in the pool.

Both residents were encouraged to report any future bullets, shell casings or suspicious activity to police officers.