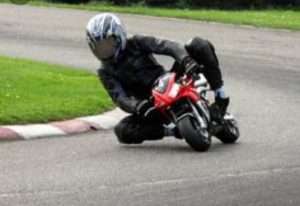 MELVINDALE — A minibike was stolen the evening of June 14 when a man posing as a buyer drove off with it during a test drive and never returned.

The victim, a 16-year-old boy, said he posted the minibike for sale on Facebook Marketplace. He met the potential buyer at the skate park in front of Allendale Elementary School, after declining to meet the buyer in Detroit.

He described the thief as a black male, 25 to 30 years old, wearing a black and red shirt and red shoes. The victim said the man had scruffy facial hair, a short Afro, and had an average build.

The responding police officer recommended that when meeting a potential buyer, especially for the first time, that one arrange to meet them in the police department parking lot.