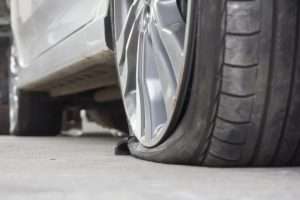 HEIGHTS — The deliberate puncturing of the tires on one vehicle and the flattening of two tires on another were reported the morning of June 22 in the 100 block of Mark Street.

The owner of a 2000 silver Toyota Camry, who had just returned from a vacation, said all four of her tires were punctured overnight with a sharp object. She shared her thoughts regarding a possible suspect with a responding police officer.

Two tires of an orange 2018 Ford EcoSport belonging to the same household were discovered to be flat. However, since there were no witnesses or physical evidence to incriminate a possible suspect, the case was closed.