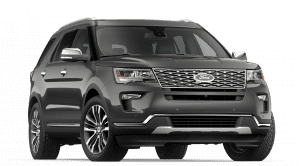 RIVERVIEW —An unlocked gray 2019 Ford Explorer was reported stolen overnight on the morning of June 26, with its keys, which were stored in the vehicle’s center console, from the 14000 block of Old Town Drive.

The victim said his wife noticed the vehicle was missing that morning, when she prepared to take their son to a baseball game.

His wife’s Ford Explorer was rummaged through, and a bag of change was taken. The interior of a neighbor’s vehicle was also disturbed, but nothing of value was taken.

The victim said a neighbor’s surveillance camera may have captured footage of the theft. The vehicle was entered into the Law Enforcement Information Network as stolen.