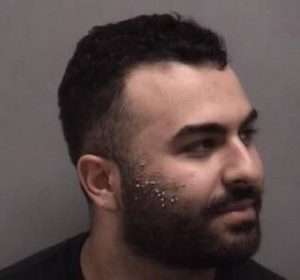 WYANDOTTE — A motorcyclist who led police officers on a high-speed chase the night of June 25, on northbound Fort Street and eastbound Southfield Road, was subsequently taken into custody and charged with fleeing and eluding, and felony firearm.

The man had a firearm in his waistband, with 17 rounds of ammunition, when he was arrested.

The initial traffic stop attempt was initiated by the lack of a license plate on the motorcycle.