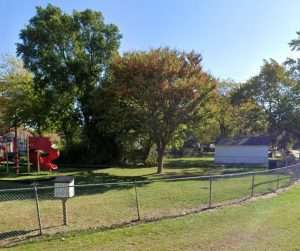 MELVINDALE — A man who was trying to pick the lock on a Melvindale Junior Football Club storage building July 5 at McGinty Park, near Robert and Coleman streets, said he was trying to see if a volleyball net that he and his friends left in the bushes nearby had been moved into the building.

A representative from the club said he had caught the man trying to pick the building lock twice, and that the group wished to press charges. The man looking for the net was told he must stay away from the storage building.