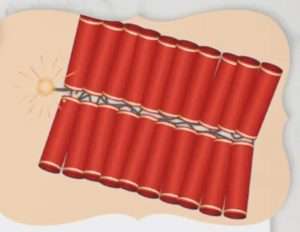 MELVINDALE —Two lawn ornaments and a residential window were damaged by boys throwing firecrackers July 12 in the 17800 block of Harman Street.

The vandalism was captured on the resident’s Ring doorbell cam. The lawn ornaments were valued at $30, and the scratched window, which had recently been installed, had an estimated $1,000 replacement cost.

The father of the boy who admitted to the vandalism offered to cover the cost of restitution.