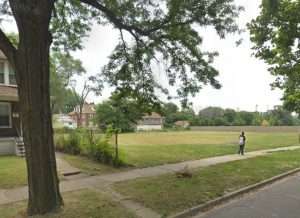 DEARBORN — A child’s skateboard was destroyed the evening of July 5 by a man driving his Lexus on the sidewalk in the 2700 block of Roulo Street, which a resident said he routinely does to reach their driveway when he parks his car in a vacant grassy lot next to their property.

The complainant’s Ring doorbell cam captured footage of the offender in the act. A check of the license plate revealed the vehicle owner, whom police officers said they would contact about the incident.