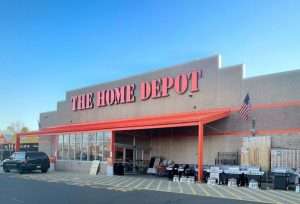 ALLEN PARK — A man who attempted to steal more than $700 worth of tools the afternoon of July 4 from Home Depot, 3163 Fairlane Drive, fled in a black Jeep Cherokee after being confronted by loss prevention personnel.

A store employee said the man was an older black male with a mustache, wearing a hat, a blue flannel button-up shirt, a high visibility work vest and blue jeans. The Jeep’s license plate was run, and the owner’s photo did not match the image of the man captured on surveillance camera footage.

The items he attempted to steal included four Milwaukee tools: An impact drill, a multi-tool, a heavy-duty reciprocating saw and a light-weight reciprocating saw, and a Ryobi 1900 PSI pressure washer.