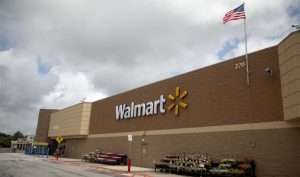 DEARBORN — A 33-year-old Detroit man was cited for retail fraud at Walmart, 5851 Mercury Drive, the evening of July 15 after loss prevention personnel saw him bagging numerous unscanned items at the auto checkout area, which was captured on surveillance camera footage.

The man, who had attempted to exit the store with $279 worth of unpaid merchandise, was cited and told to contact 19th District Court for an appearance date.