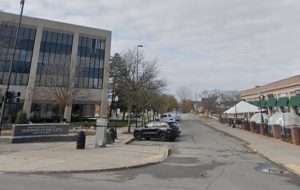 WYANDOTTE — An intoxicated 51-year-old Trenton man who was asked to leave a business in the 100 block Sycamore Street the night of July 15, after his behavior became disruptive, was arrested for disorderly conduct after he taunted the responding police officer to arrest him one too many times while shouting profanities.

The man was given several opportunities to leave without facing charges, but he was unable to accept a non-confrontational solution.