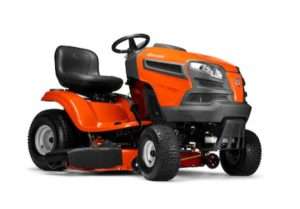 HEIGHTS — A lawnmower was reported stolen July 7 from the 5700 block of Gulley, where a house was being renovated following a fire.

The victim said the orange Husqvarna riding mower, valued at $2,400, was stolen between June 18 and July 7 from a shed behind the house. The victim did not know the serial number, since the ownership document was lost during the house fire.