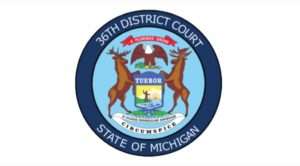 LINCOLN PARK — Fadi Moussa Faraj, 36, of Lincoln Park was charged July 12 in connection with the fatal shooting of John Gregg Jr., 39, of Detroit.

The homicide occurred at 11 p.m. Dec. 23 in the 2600 block of Norman Street in Detroit. It is alleged that, following a verbal argument, Faraj shot Gregg, then ran over him with his vehicle before fleeing. Gregg was pronounced dead at the scene.

Faraj has been charged with first degree murder, felony possession and with two counts of felony firearm. He was arraigned July 18, and remains in jail. His probable cause conference is Aug. 1, and the preliminary examination of the evidence against him is Aug. 8 before Judge Kenneth King in 36th District Court.