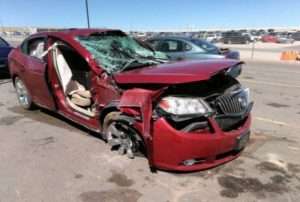 MELVINDALE —A drunken driver caused a rollover injury crash the afternoon of July 18 on southbound I-75 between Schaefer Road and Outer Drive.

The red Buick LaCrosse, which was upside down in the roadway, was significantly damaged, and the airbags were deployed. The vehicle interior smelled of beer, and there were numerous empty beer cans within the vehicle.

The driver, who was out of the vehicle before police officers arrived, admitted to drinking. He had a head laceration, which was treated on scene. He was then transported to a local hospital for treatment.