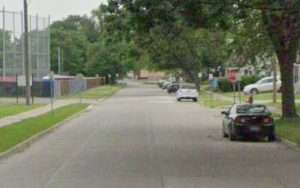 MELVINDALE —A man with a suspended driver’s license who ran a stop sign July 23 near Prospect Avenue and Oakwood Boulevard was subject to a traffic stop, which resulted in his arrest for two Melvindale and one Dearborn traffic warrants.

His girlfriend, who was a passenger in the car and a licensed driver, was permitted to returned the properly licensed and registered car to the driver’s father.