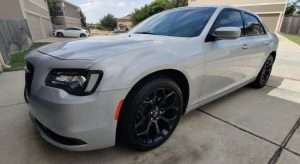 MELVINDALE —A traffic stop prompted by illegally tinted windows at 12:10 a.m. July 23, on southbound Schaefer Road near Oakwood Boulevard, resulted in citations for the driver.

A record check indicated that the gray Chrysler 300 was not insured and the man’s driver’s license was invalid, for which he was cited. His passenger, who had a valid driver’s license, was allowed to leave the scene with the vehicle. The unlicensed driver, who was released on the scene, was told to contact 24th District Court for an appearance date.