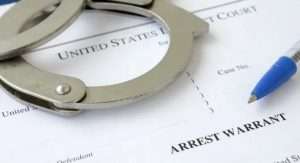 MELVINDALE —An uninsured Kia with an expired license plate was subject to a traffic stop July 16 on westbound Outer Drive near Rialto Street, which revealed the driver did not have the vehicle registration, had a suspended driver’s license, and had traffic warrants out of Detroit.

The man said the car belonged to his girlfriend, who was cited by mail for allowing an unlicensed driver to operate her vehicle.

The vehicle was impounded and towed, and he was given a courtesy ride.