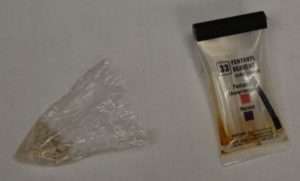 WYANDOTTE — A traffic stop for a defective taillight led to the July 24 discovery of illegal narcotics in the possession of a 33-year-old Ecorse man.

The driver, who was on probation for selling cocaine and for firearm possession, showed facial signs of deception when asked if he had anything illegal in the vehicle, and refused to consent to a search.

A K-9 officer was brought to the scene to conduct an exterior search, which indicated positive drug detection for the vehicle. When the driver exited his car, he admitted to having illegal narcotics in his pocket, and the police officer recovered a plastic bag containing Fentanyl, for which charges are pending.