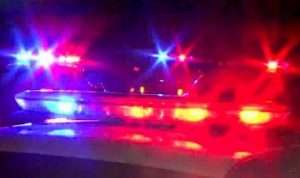 RIVERVIEW — A gas station customer reported a drunken 48-year-old Trenton man whom she observed at a gas station the night of July 28 near Fort Street and Sibley Road, which enabled a police officer to observe his impaired driving and initiate a traffic stop.

As the man exited the gas station, he failed to yield to three lanes of moving traffic, and cut across the road to reach a turnaround lane.

A traffic stop was initiated, and the man, whose speech was slurred and who smelled of intoxicants, said he was returning home from a golf outing. He failed standardized field sobriety tests, and refused to submit to a preliminary breath test, so a search warrant was obtained for a blood draw.

Later, after booking, he consented to a preliminary breath test, and the man had a blood-alcohol content of 0.13, more than one-and-a-half times the 0.08 limit for legally drunk in Michigan. His vehicle was impounded and towed, and he was arrested and held.