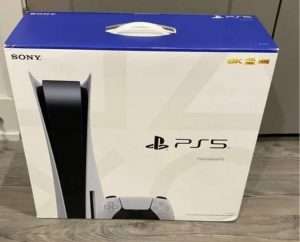 ALLEN PARK — A man said he realized too late that he received 14 counterfeit $50 bills from a stranger who met him in the Allen Park Police Department parking lot, 15915 Southfield Road, the evening of July 20 to purchase his PlayStation 5, controller charging stations and the Gran Turismo 7 video game.

The victim said he advertised the sale on the Facebook Marketplace app. He said the man who passed the counterfeit money was a light-skinned black male, who was the passenger in a silver Chrysler 300 automobile. He said the man has since deleted his Facebook profile, but the victim provided police officials with screen shots of their conversations and the counterfeiter’s online profile.