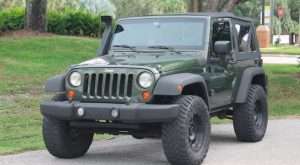 DEARBORN — A 34-year-old Dearborn man was charged with reckless driving the night of July 30 after a police officer saw him speeding west on Michigan Avenue before squealing his tires to turn north onto Schaefer Road, then accelerating and making rapid and unsafe lane changes.

After a traffic stop was initiated, the driver, who was in a green 2007 Jeep, admitted to driving recklessly and erratically, but said he did so because another vehicle was following him too closely. He was released at the scene with his vehicle, and told to contact 19th District Court for an appearance date.