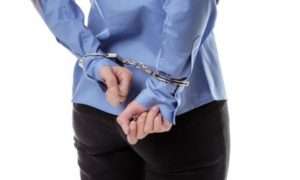 WYANDOTTE —A drunken 40-year-old Trenton woman was arrested for resisting and obstructing police the afternoon of July 31 in the 2800 block of Fort Street after a person who offered to give her a ride home pulled over and tried to get her to exit his vehicle after she became argumentative and started throwing things at him from inside the vehicle.

The woman refused a police officer’s request to exit the vehicle, and turned down a ride home from the officer. Despite repeated attempts to de-escalate the situation, the woman refused to cooperate, and was finally forcibly removed from the car and taken into custody.