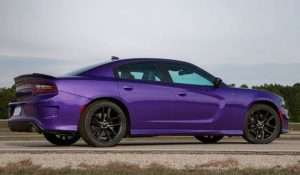 RIVERVIEW — A purple 2019 Dodge Charger was stolen at 3:28 a.m. July 26 from the 1700 block of Quarry Street, which the vehicle owner reported when she heard the loud engine noise as it was driven away.

The victim, a 50-year-old Riverview woman, said no one else had permission to drive her vehicle, and she had both sets of keys in her possession.

The rear passenger half window had been broken out, and was on the ground next to the curb where the car had been parked.

A neighbor’s Ring doorbell cam may have captured footage of the theft. There were no initial suspects.