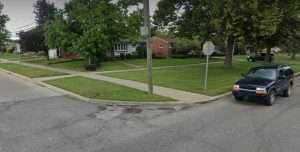 TAYLOR — A 44-year-old Dearborn Heights man was cited for reckless driving and driving while his license was suspended at 1:43 a.m. July 29 after a Taylor police officer saw him run a stop sign at Monroe Boulevard and Hayes Street while driving at a high rate of speed.

Following a traffic stop, the man, who was placed under arrest, began to experience chest pains and was transported to Beaumont Hospital, Taylor, while his white Ford F250 was impounded and towed.