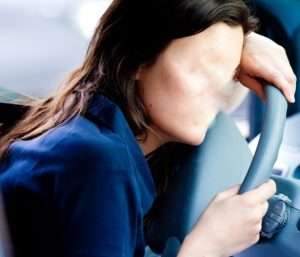 RIVERVIEW — A 43-year-old Riverview woman was arrested for operating under the influence of liquor after a witness reported her impaired driving the afternoon of July 26, following which police officers found her passed out behind the wheel of her car in her driveway upon arriving home.

The woman, who could not tell officers where she been driving earlier, had slurred speech and was unsteady on her feet. She failed numerous standardized field sobriety tests. When asked if she could count backwards from 100 to 88, she said, “absolutely not.”

The woman repeatedly and erroneously stated that the police officers could not charge her “because she was in her own driveway.” Empty liquor bottles were found in her car, which was impounded and towed.

She was taken to the police station, where a preliminary breath test was administered, and the woman had a blood-alcohol content of 0.21, almost three times the 0.08 limit for legally drunk in Michigan.