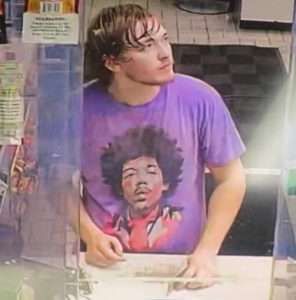 WYANDOTTE — Police have a suspect in custody and are awaiting the arraignment of a man who may have stolen a wallet and purse Aug. 4 or 5 from a car parked in the 1700 block of Third Street, after which he may have used the credit cards on Aug. 5 to purchase $250 worth of scratch off lottery tickets at a Lincoln Park gas station, where his image was captured on surveillance camera footage.