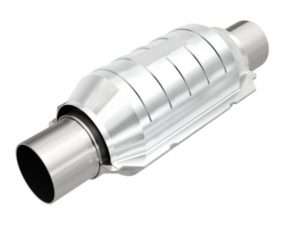 LINCOLN PARK — A catalytic converter was reported stolen from a 2010 Mercury Mariner the morning of Aug. 17 after it was parked on the street overnight in the 1400 block of LeBlanc Avenue.

The victim said there was no other damage to the vehicle. There was no surveillance camera footage of the theft, and no suspects.