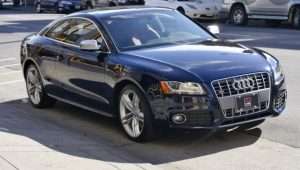 DEARBORN — A 36-year-old Dearborn man was cited for reckless driving the afternoon of Aug. 16 after he was seen accelerating rapidly near Kingsley Street and Blesser Avenue, which caused debris to fly toward bystanders, which included children who were outside playing.

The man, who was driving a dark blue 2010 Audi S5, stopped for a red light at Kingsley and Warren Avenue, where a traffic stop was initiated. The man, who mentioned that he is a father, said he does not normally drive recklessly, especially around children. He said he had just recently purchased the car.

The man did not have a valid driver’s license, and he had several driving violations on his record. He was cited for reckless driving and told to contact 19th District Court for an appearance date. His passenger, who did have a valid license, was allowed to drive the vehicle from the scene.