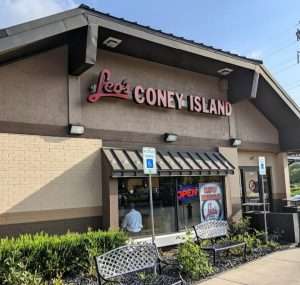 DEARBORN — A 24-year-old Detroit man was banned from Leo’s Coney Island, 5575 Greenfield Road, the morning of Aug. 15 after he allegedly threatened some of the restaurant’s employees.

The man, who was found by police officers at the southeast corner of Greenfield and Ford roads, provided his name, and was found to have an outstanding arrest warrant, for which he was taken into custody, booked and held.